The Antifungal and Anti-Inflammatory Properties of Choline 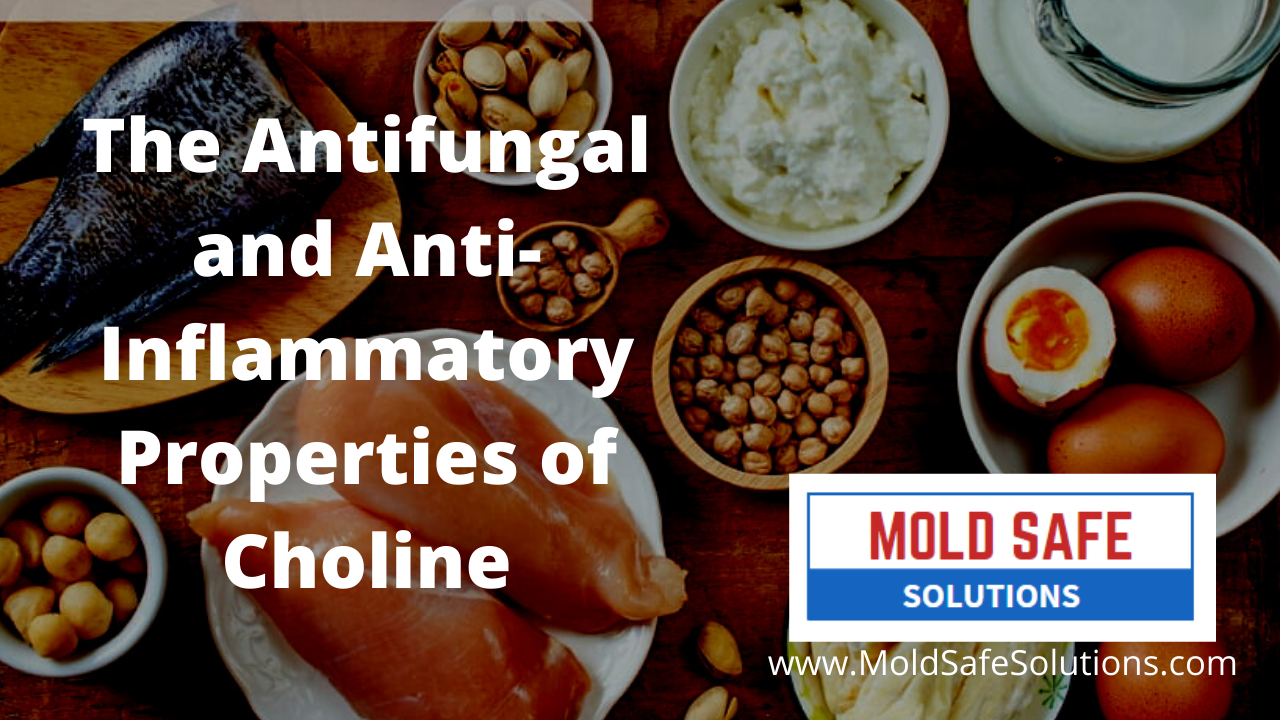 Not many people who are suffering from mold toxicity problems and fungal infections have heard of the antifungal and anti-inflammatory properties of choline, also known as acetylcholine or ACh.

As many of you know, inflammation and immune problems are some of the main side effects of mold illness, which also may be one of the main causes of many diseases. In the past couple of decades, choline has gained the attention of the scientific community due to the discovery of the “cholinergic anti-inflammatory pathway” that has been demonstrated to regulate immune responses (Borovikova et al., 2000).

It is considered an “essential nutrient,” meaning your body requires it but does not make enough of it, so you need to eat the right food and or supplement your diet in order to have an adequate amount. Choline was officially recognized as an essential nutrient for human health by the Institute of Medicine in 1998 and the Food and Drug Administration (FDA) requires that infant formula that is not made with cow’s milk must contain choline (Stehlin 1996). It was first discovered by Andreas Strecker in 1864, and chemically synthesized in 1866.

Humans derive choline from foods such as red meat, liver, chicken, fish, peanuts, some vegetables, pasta, rice, soy, dairy products, and eggs, in particular, egg yolks which are the most concentrated source, providing 680 milligrams per 100 grams.

Studies have shown that normal muscle function requires choline and has even been shown to increase brain function, intelligence, and even muscle strength. Choline is paramount in brain development for neurotransmitter synthesis, particularly of the cortex, the seat of such high-level functions as judgment. Our bodies need it for cell messaging, cell structure, making fats to support the composition of your cell membranes.

Scientists have found that choline is made by the liver which is needed to help remove cholesterol, fat transport, and metabolism. A deficiency could result in a fatty liver and has shown in studies to cause cancer in rodents.

The reason is that our bodies make choline from acetylcholine which recent studies have shown regulates additional functions in the airways, including inflammation and remodeling during inflammatory airway diseases.

In 2012, it was shown that acetylcholine is synthesized by inflammatory cells and structural cells, and helps with signaling through other cholinergic receptor subtypes, such as the muscarinic receptors, which also modulate inflammatory responses in mammalian systems (Verbout and Jacoby, 2012).

More recently, a study in 2015 found that acetylcholine is a powerful anti-inflammatory and antifungal nutrient.

Researchers discovered that it plays multiple roles in the pathogenesis of fungal infections by inhibiting the growth of Candida albicans yeast–to-hyphae transition and biofilm formation; promote an effective cellular immune response to a candida infection and it also inhibited inflammation-induced damage to internal organs.

The researchers concluded, “acetylcholine has the capacity to modulate complex host-fungal interactions and plays a role in dictating the pathogenesis of fungal infections.”(1 -Rajendran et al., 2015).

As you can see, this stuff is powerful!

A recent survey of health professionals found that choline was the least likely to be recommended out of several nutrients such as calcium, vitamin D, protein, folate, iron, and vitamins E and A. Only about 10% of those surveyed said that they were likely to recommend foods containing choline to their patients.

It is evident that the current lack of awareness, knowledge, and education among both health professionals and the public regarding the important role of choline in the diet may have negative health consequences.

Don’t let this happen to you.

I have found that through my research and personal experience that eating clean food with a combination of supplements like choline is one of the best ways to reduce inflammation while you build the body back and detoxify the mycotoxins.

Start with eating cage-free, organic eggs with the yolks, grass-fed meats, and fresh fish are excellent sources of choline. Also, vegetables such as broccoli, cauliflower, and Brussel sprouts, are good sources but contain a lot less than the other sources.