93% of Chronic Fatigue Syndrome Patients Had Mycotoxins in Their Urine

“During these follow up visits, over 90% of the 112 patients confirmed exposure to a WDB and frequently the presence of a moldy environment in the home, workplace or both.” – 2013 Study 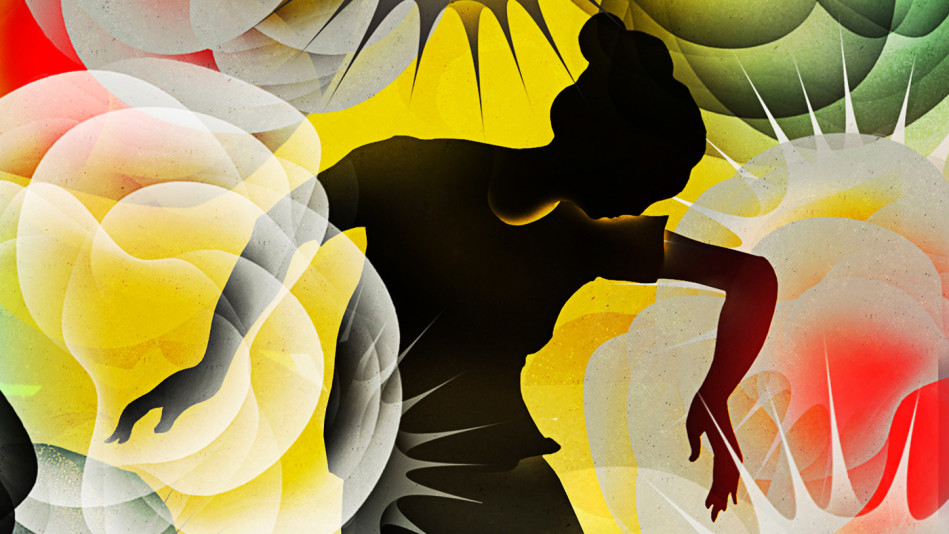 Chronic Fatigue Syndrome (CFS) is what we can call a mystery disease. Meaning science has not identified what causes it.

Over the last 25 years that CFS has been studied, there have been numerous theories on the cause, but none fully explain this syndrome. More often than not, these patients remain chronically ill despite varying attempts at treatment.

However, there appears to be a smoking gun in the room that over time may prove to be the toxic culprit behind this devastating disease. Studies are starting to show that the smoking gun may in fact be mold.

In the last article I had written on CFS titled, Stachybotrys chartarum mold causes ulcerative colitis and chronic fatigue syndrome, I had shown that a 2016 study revealed a 25-year-old previously healthy male who suffered from gastroenteritis, bloody diarrhea and chronic fatigue syndrome was found to have lived in a rental property with the infamous toxic black mold known as Stachybotrys chartarum.

The patient had undergone urine mycotoxin panel testing which was positive for trichothecene group and air filter testing from the patient’s water-damaged rental house identified the toxic mold. He eventually had his symptoms resolved by eliminating the mold and biotoxin exposures, and also had VIP replacement therapy, dental extractions, and implementation of a mind body intervention-relaxation response (MBI-RR) program. He eventually went off medications, back to work, and resumed normal exercise.

This story proved that mold was the cause of this young man’s illnesses and that by simple mold avoidance and various natural therapies, he was able to resolve his symptoms. This makes you wonder how many more people who suffer from Chronic Fatigue Syndrome (CFS) are actually suffering from a toxic mold illness.

This 2013 study below titled, Detection of Mycotoxins in Patients with Chronic Fatigue Syndrome, further proves that mold may be the cause of CFS. In this study, patients (n = 112) with a prior diagnosis of CFS were evaluated for mold exposure and the presence of mycotoxins in their urine.

Urine was tested for aflatoxins (AT), ochratoxin A (OTA) and macrocyclic trichothecenes (MT) using Enzyme Linked Immunosorbent Assays (ELISA). Urine specimens from 104 of 112 patients (93%) were positive for at least one mycotoxin (one in the equivocal range). Almost 30% of the cases had more than one mycotoxin present. OTA was the most prevalent mycotoxin detected (83%) with MT as the next most common (44%).

Exposure histories indicated current and/or past exposure to water damaged building (WDB) in over 90% of cases.

These numbers are extraordinary given the fact that 93% of the patients has at least one mycotoxin their blood and 90% of the people also had histories showing they currently and or in the past had exposure to water damaged buildings.

Here is a summary of the study and a link to the full report below.

The study was conducted for 6 months from 1 February 2012 to 31 July 2012. Patients with chronic illnesses, many of whom were previously diagnosed with CFS, were seen in a private practice (JHB) which is a consultative outpatient infectious disease clinic in Kansas City, Missouri. Out of approximately 300 patients with chronic illness that were seen for routine follow up clinic visit, 112 met the criteria for a diagnosis of CFS as outlined by Fikuda, et al. in 1994 [4].

These patients were from diverse geographic areas in the United States however, the majority resided in Midwestern states. The patient ages ranged from 15 to 72 years with 84 (75%) females and 38 (25%) males. The duration of symptoms ranged from 2 to 36 years with an average duration of 7.8 years.

The illness was so severe that 76 (68%) of the patients were either unable to work, receiving disability or unable to attend school. A past history of mold allergy and/or chronic sinusitis was present in 50 (48%) of the patients. These patients failed to respond to treatments and their CFS symptoms lingered.

Routine laboratory parameters including complete blood count and chemistry panels were usually normal. Immune testing had been performed previously in most of these patients. The most common abnormality was diminished natural killer cell (NK) function. Other immune abnormalities were occasionally noted (e.g., hypogammaglobulinemia).

Since these chronic conditions have been reported to be associated with exposure to mold and bacteria in WDB and previous studies have shown an association between CFS and sick building syndrome (SBS), it was decided to carry out an environmental history and discuss urine mycotoxin testing [28]. During these follow up visits, over 90% of the 112 patients confirmed exposure to a WDB and frequently the presence of a moldy environments in the home, workplace or both.

Mycotoxin testing revealed the presence of at least one of the toxins in the urine of 104 out of 112 (93%) patients. This included 103 with positive results and one that was in the equivocal range for OTA. The frequency of the various mycotoxins in the urine of CFS patients (based upon the suggested detection limits of RealTime Laboratories) is summarized Table 1.

Environmental histories of these patients were positive for exposure to WDB (many with visible mold) in over 90% of the cases tested, including residential and/or workplace. In the residential group, water damage to the basement was a common finding. However, other sources of water intrusion were noted during history taking, which included water pipe leaks, roof leaks, window leaks and plugged drains. In 24 patients, symptoms, which eventually became chronic, started within one year of the exposure in the WDB.

Environmental tests (air spore counts, tape lifts and the examination of dust for mycotoxins) were performed in 10 of the situations of the 104 patients (data not shown). In addition, two families discussed below also conducted environmental testing. In the 10 cases mold genera associated with the potential for mycotoxin production were found. In 8 of the situations, Stachybotrys was identified in the WDB. In each of these 8 patients, MT was detected in the urine assay.

In addition, Aspergillus/Penicillium-like spores were detected in 8 buildings to which these patients were exposed. The urine mycotoxin assays identified OTA in 5 patients and AT was present in 2 subjects. Additionally, dust specimens collected from 5 homes and one office building were sent to RealTime Laboratories for mycotoxin testing on environmental dust. MT was found in the dust samples from all 6 of these buildings. Small amounts of OTA were detected in 4 of the dust samples.

Mycotoxins can be detected in the urine in a very high percentage of patients with CFS. This is in contrast to a prior study of a healthy, non-WDB exposed control population in which no mycotoxins were found at the levels of detection. The majority of the CFS patients had prior exposure to WDB.

Join the Mold Safe Solutions mailing list to receive the latest news and updates once per week.

You have Successfully Subscribed!